Plant a tree in memory of Dan
An environmentally-friendly option

Dan Wesley Jr. passed away peacefully in his sleep on July 3rd, 2021. He spent his last days surrounded by family and friends. He was born Jan. 9th, 1927 in Cardonia, IN and was preceded in death by his parents Dan Wesley Sr. and Anna ( Hardman ) Wesley; as well as his brother John ( Jack ) Wesley, and sisters Lillian Kloster and Helen Williams. He was also preceded in death by his wife Wynona M. ( Jones ) Wesley. They were married on July 24th, 1948. She passed away only a few months before their 60th anniversary in Feb. of 2008. He is survived by his 3 sons Danny ( Peggy ), David ( Elizabeth ), Derik ( Nancy ) Wesley, and his daughter Deanne ( Dee ) Fisher. As well as his grandchildren Daniel Wesley, Douglas ( Aubrey ) Wesley, Greg Wesley, Trisha ( Duane ) Washburn, Bradley ( Lena ) Burrows, Susan Burrows, Clifford Burrows, and Christopher ( Jamie ) Burrows. Along with his 16 great grandchildren, 10 great-great grandchildren, nieces, nephews, and cousins. At the age of 17, he started work at Bridgeport Brass in Indianapolis as a mill operator and remained there until he retired 45 years later. He was known as “Red” among his co-workers for his bright orange/red hair. Dan was a faithful servant of Jehovah God for many, many years. He served as an Elder in the local congregation of Jehovah’s Witnesses for many years. No one could have wished for a better husband, father, friend and he will be missed by so many. The family would like to thank Helping Hearts Hospice Care for their considerate assistance during his last days. Per his wishes, he is to be cremated and a memorial service will be held for family and friends at a later time.

Plant a tree in memory of Dan by clicking here.
To send flowers to Dan's family, please visit our floral store.

A service summary is not available

Plant a tree in memory of Dan
An environmentally-friendly option

Plant a tree in memory of Dan

1 tree planted in memory of Dan

There are 3 photos available in the gallery

To my old friends Danny and David ... I am so sorry to hear of the loss of your father. I remember your dad well from the times when I was over at your house when we were kids. He always seemed so big and tall! .. but also so friendly and nice to me. My thoughts are with you and your family .... 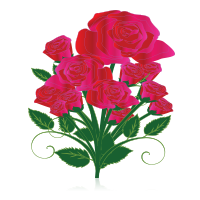 Dan Wesley was the kindest brother I was privileged to know in Brazil.  Though I've been gone from Brazil too many years, I always remembered Dan - helpful, down-to-earth, wonderful brother whom I look forward to seeing again in Paradise.  My sincere prayers for all family and friends.

Heartfelt sympathies to you Derik and also to your family. Take care, be safe.  Charlene Evans

Plant a tree in memory of Dan