We would like to offer our sincere support to anyone coping with grief. Enter your email below for our complimentary daily grief messages. Messages run for up to one year and you can stop at any time. Your email will not be used for any other purpose.

Share a memory
Obituary & Services
Tribute Wall
Read more about the life story of Larry and share your memory.

Larry W. Turner, 79, of Brazil passed away at Cloverleaf Healthcare Center Knightsville, Indiana on August 2, 2022 after being a resident since November 2021.  Larry returned to his daughter’s care in 2021after living out of the area. He was born May 25, 1943 in Brazil, Indiana to Melvin & Mary (Newton) Turner.

He was a 1964 graduate of Brazil High School. Larry served in the United States Army & toured overseas in Germany 1964-1967.

He returned to the states and worked at IBM in Greencastle. Larry was known with his former wife Judi (Hickey) whom he married in May 1968 to manage the Brazil Bowling Alley.  Then, the rest of his career years he went on to Indiana Youth Center Department of Corrections in Plainfield, Indiana, earning several awards on to his Lieutenant Turner role upon retiring from the State of Indiana in 2008.

Larry was proceeded in death by his parents Melvin & Mary, his siblings Eileen Turner Voris & Bob Turner, and his grandson Kreyton Hunter Quinn. Arrangements were entrusted to Samaritan Funeral Home. Online condolences may be made to www.samaritanfunerals.com.

To send flowers to the family or plant a tree in memory of Larry Wayne Turner, please visit our floral store. 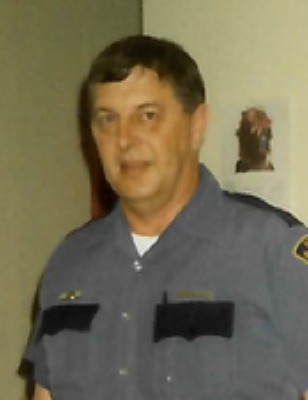 In Loving Memory Of

Look inside to read what others
have shared
Family and friends are coming together online to create a special keepsake. Every memory left on the online obituary will be automatically included in the book.

In Loving Memory Of

Look inside to read what others have shared

Family and friends are coming together online to create a special keepsake. Every memory left on the online obituary will be automatically included in the book.

You can still show your support by sending flowers directly to the family, or by planting a memorial tree in the memory of Larry Wayne Turner
SHARE OBITUARY
© 2023 Samaritan Affordable Funeral and Cremation Services. All Rights Reserved. Funeral Home website by CFS & TA | Terms of Use | Privacy Policy | Accessibility